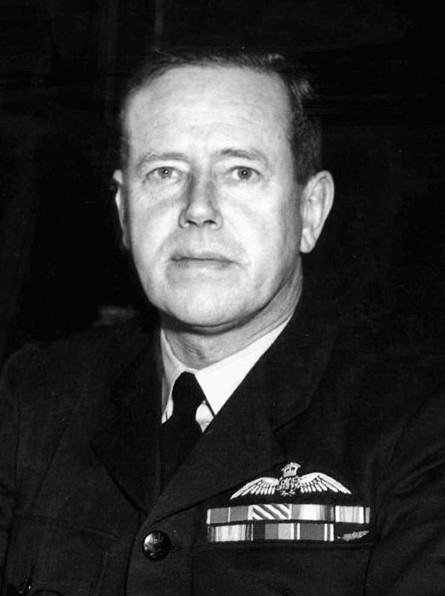 Charles Eaton, OBE, AFC (21 December 1895 – 12 November 1979) was a senior officer and aviator in the Royal Australian Air Force (RAAF), and later served as a diplomat. Born in London, he joined the British Army upon the outbreak of World War I and saw action on the Western Front before transferring to the Royal Flying Corps in 1917. Posted as a bomber pilot to No. 206 Squadron, he was twice captured by German forces, and twice escaped. Eaton left the military in 1920 and worked in India until moving to Australia in 1923. Two years later he joined the RAAF, serving initially as an instructor at No. 1 Flying Training School. Between 1929 and 1931, he was chosen to lead three expeditions to search for lost aircraft in Central Australia, gaining national attention and earning the Air Force Cross for his “zeal and devotion to duty”.

In 1939, on the eve of World War II, Eaton became the inaugural commanding officer of No. 12 (General Purpose) Squadron at the newly established RAAF Station Darwin in Northern Australia. He was promoted group captain in 1940, and appointed an Officer of the Order of the British Empire the following year. In 1943, he took command of No. 79 Wing at Batchelor, Northern Territory, and was mentioned in despatches during operations in the South West Pacific. Retiring from the RAAF in December 1945, Eaton took up diplomatic posts in the Dutch East Indies, heading a United Nations commission as Consul-General during the Indonesian National Revolution. He returned to Australia in 1950, and served in Canberra for a further two years. Popularly known as “Moth” Eaton, he was a farmer in later life, and died in 1979 aged 83. He is commemorated by several memorials in the Northern Territory.