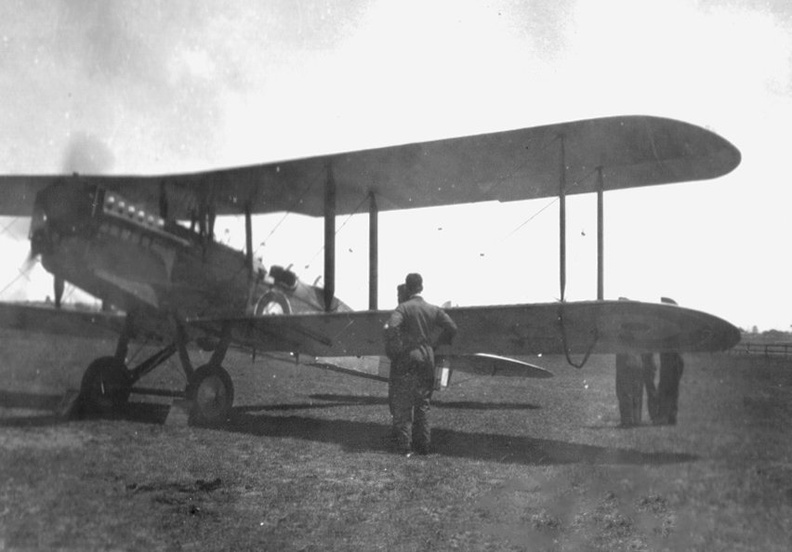 The Airco DH.9A was a British single-engined light bomber designed and first used shortly before the end of the First World War. It was a development of the unsuccessful Airco DH.9 bomber, featuring a strengthened structure and, crucially, replacing the under-powered and unreliable inline 6-cylinder Siddeley Puma engine of the DH.9 with the American V-12 Liberty engine. Colloquially known as the “Ninak” (from the phonetic alphabet treatment of designation “nine-A”), it served on in large numbers for the Royal Air Force following the end of the war, both at home and overseas, where it was used for colonial policing in the Middle East, finally being retired in 1931.