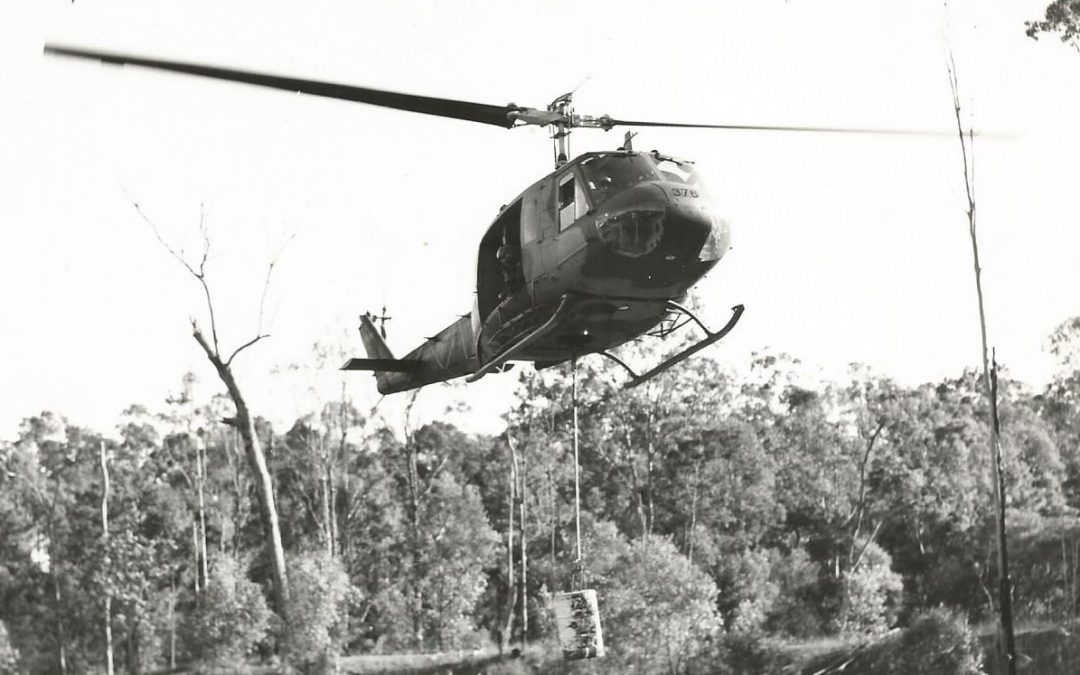 Caribou transport aircraft of No 35 Squadron, RAAF supported by Iroquois helicopters of No 9 Squadron RAAF rushed urgently needed supplies to the First Australian Task Force who were on a search and destroy operation aimed at Viet Cong logistics in Phuoc Tuy Province. Troops from the 2 RAR and 7 RAR took part in the operation in a coastal strip area known as Cape Ho Tram. This item shows Caribou, starting, taxiing take off, crew during flight and dropping supplies by parachute. No 9 Squadron RAAF helicopters are also shown landing stores and winching stores down to troops in jungle. The airframe in this video is most likely UH-1B A2-1085

People identified in this video: