Return of No. 9 Squadron to Amberly December 1971 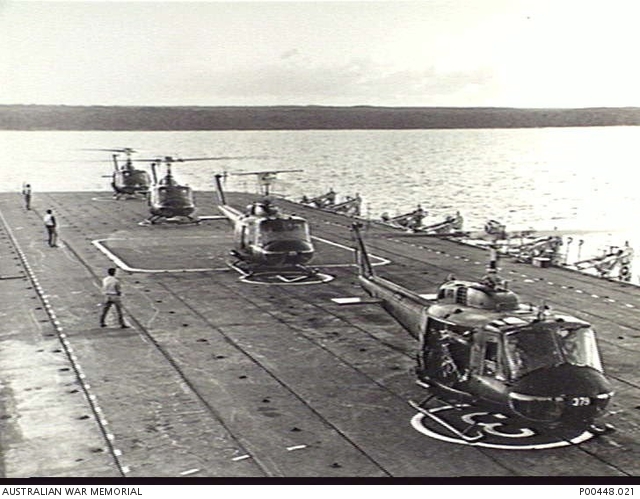 It had been decided that from November 1970 onwards, a full Australian withdrawal would commence. Over the following twelve months, Australian forces were given the long task of packing up and moving out of Vietnam.

Despite this, heavy fighting continued across the country, and US forces would continue to cooperate with the Australians in order to slow the Viet Cong advance. One such event was the Battle of Long Khanh on June 6, 1971, in which US, New Zealand and Australian troops were tasked with destroying a Viet Cong base camp on the border of Phuoc Tuy and Long Khanh province. Viet Cong had been taking advantage of this ‘buffer region’ to organise and send out troops, who were causing havoc in surrounding villages. This would be part of a joint move known as Operation Overlord.

The battle – which was fought against the PAVN 3/33 Regiment and the Viet Cong D445 Battalion – commenced on June 5 with the insertion of blocking forces, while troops of 3 RAR were later dropped in from the air. Australian troops moved into the jungle, encountering resistance, but continuing onwards. By the afternoon of June 6, troops reported that they had found the base camp they were searching for. After receiving fire from VC troops, the Australians pulled back and regrouped.

The following day, fighting commenced as the attempt was made to take the Viet Cong base camp, with the help of American and New Zealand forces. 9 Squadron would help out by flying in supplies.

The fighting would take place over eight hours, with tanks and APCs coming under RPG fire from all sides. The response was to load canister and high explosive (HE) rounds into the tanks and simply fire into the jungle to suppress enemy fire. All the while, troops were forced to search for and disarm booby traps which had been planted across the jungle floor, and send troops (nicknamed Tunnel Rats) into the dangerous underground labyrinth of caves to which were allowing VC soldiers to ambush the Australians and quickly disappear.

In the air, RAAF and US gunships provided close air support. Due to the nature of the fighting, rocket fire was directed danger close at Viet Cong positions, with some rockets striking within 15 metres of Australian troops. Throughout the day, 9 Squadron had been supplying ammunition, but by 11:00AM, the fighting had grown more intense. As another vital ammunition drop was commencing, the helicopter began receiving heavy fire, and lost control as it fell into the jungle. With ammunition still onboard, the helicopter burst into flames as men from 3 RAR 5 Platoon rushed to pull the crew out. Two were dead, and three wounded.

After several more hours of fighting, VC and PAVN troops began retreating. By the end of the battle the losses would number three dead and six wounded for the Australians, and five Viet Cong found dead in the base after it had been evacuated. The battle would prove important, as it was discovered that the camp was far larger than expected, with over one hundred bunkers, training areas (including an assault course and mine warfare training ground) and lecture rooms, all of which were later rigged up with charges and destroyed by the Tunnel Rats.

Operation Overlord would take the lives of ten Australians in total, and would mark one of the last battles officially fought by Australian troops in Vietnam. It would prove successful in its goals. 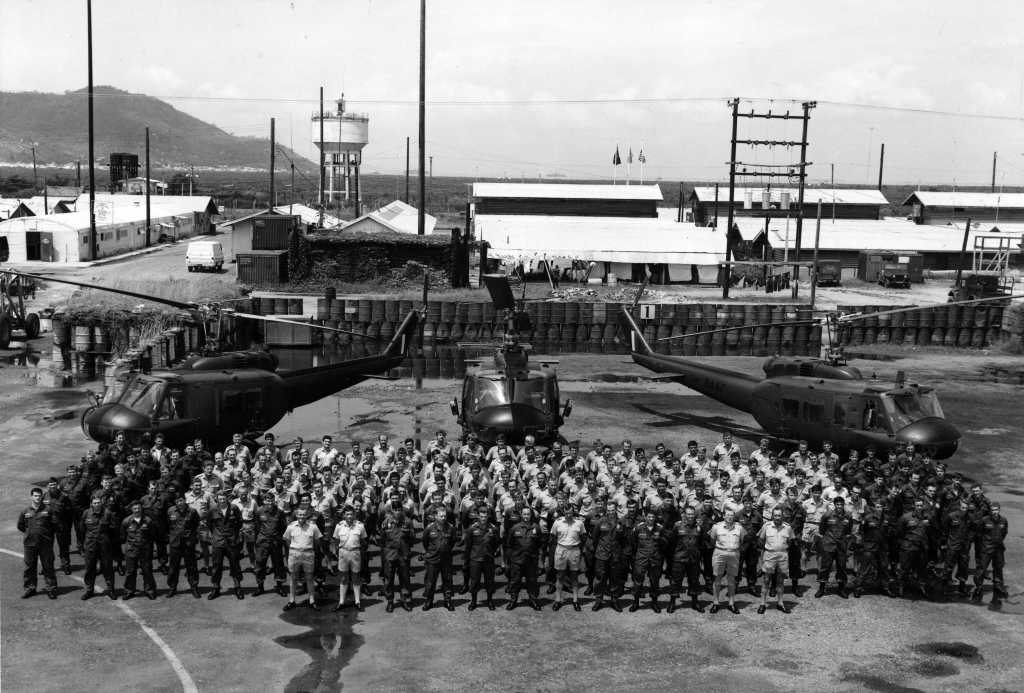 With operations coming to a close, 9 Squadron were tasked with fuelling up and taking off from Vung Tau, and heading out to the HMAS Sydney to be stowed. Once back in Australia, the squadron took off once again from the HMAS Sydney and flew to Amberley, where the helicopters were displayed taxiing together along the runway, before landing in front of a friends and family of the squadrons members.

Vung Tau, South Vietnam, December 1971. Preparations by No. 9 Squadron RAAF for return to Australia. Shows packing up equipment and cleaning the Squadron’s Iroquois helicopters. The helicopters flying out to HMAS Sydney, stowage in HMAS Sydney and take offs and landings on HMAS Sydney.

RAAF base Amberley circa December 1971. Coverage of the arrival of 9 Squadron RAAF at Amberley. Shows air to air of Iroquois Helicopters. Helicopters arriving at Amberley, taxiing together, landing and various shots of the aircrew.

People identified in this video: 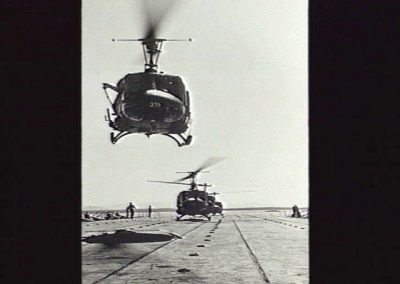