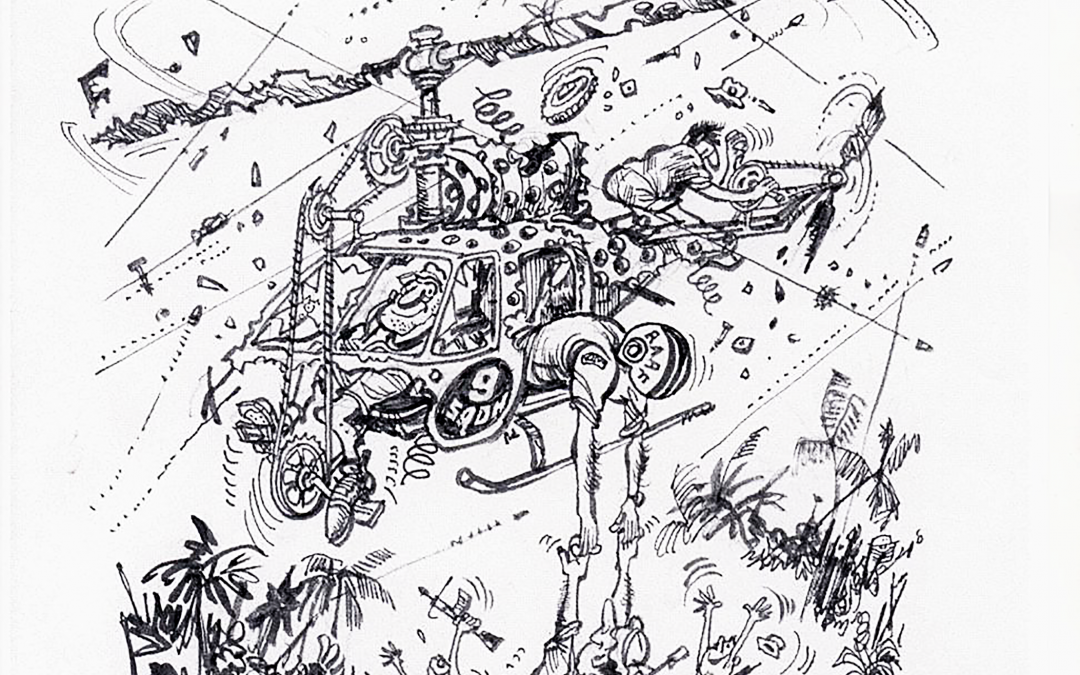 Introduction
Considering the hectic tempo and very high flying hour rate of the daily Iroquois helicopter (planned and un-planned) flying operations, all No. 9 Squadron people valued their off – duty time, even just the evenings, and had varying personal activities and pursuits. Generally, the aircrew received one day off in seven but rarely on the same weekday due to the rostering and other personnel management considerations of operating a flying squadron in wartime. The annual flying hours recorded by the aircrew were two to four times greater than their counterparts flying Iroquois helicopters at No. 5 Squadron in the ACT. For most trade, maintenance and support personnel who conducted their work at the No. 9 Squadron Vung Tau airfield and hangar location and with the aircraft operating away from Vung Tau flying for the day, many of the members had less hectic times as those who headed up to Nui Dat to support the flying from Kanga Pad. However, it was the high flying hour figures (ROE) that dictated the shorter periodicity of planned maintenance schedules. Also, more often than not, the later afternoon / evening returns of the aircraft meant that No. 9 Squadron maintenance personnel were required to conduct aircraft post-flight maintenance and repair work (almost) every night. Each night, ‘Dust off 02’, the spare Iroquois for ‘Dust off 01’ positioned at ‘RED EARTH’ (8 Fd Amb pad), Nui Dat, flew aircrew night flight currency and continuation sorties at Vung Tau airfield. Consequently, the time for ‘Off – Duty Activities’ was valued very much by all personnel.

The following tribute to No. 9 SQN RAAF SVN was written by Graham and Chris Brammer. Graham served two tours with 2 SQN, SASR:

Nine-Squadron boys, you are the best
You’re way up there, above the rest
So many times you’ve done us proud
By flying closely to the ground
To pick up or set us down.

We climb abord your flying machine
Seated there, a fighting team
The time to go is finally here
In our eyes, a touch of fear
As toward the sky – we disappear

You picked us up and you set us down
With your rotors spinning round and round
Any hour… day or night – guided by our signal light
Hot or cold – with sweaty palms
We owe you much… our Brothers in arms. 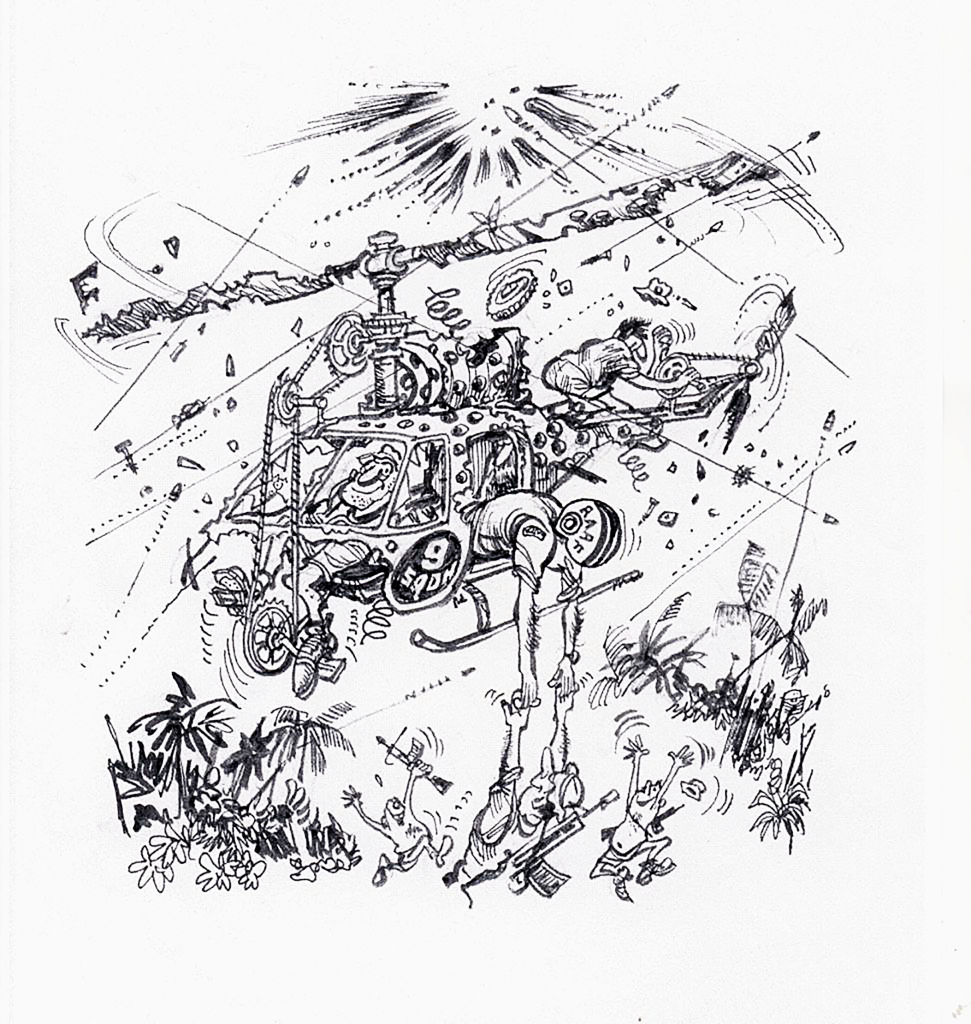 Paul Rigby
Paul was born in Hampton (Melbourne) on 25 October 1924. He enlisted in the Royal Australian Air Force on 30 November 1942 and during WW II serving as a Gunner-Armourer in North Africa and Europe. He was demobilised in 1946.

Paul was a valued friend and supporter of No. 9 Squadron Royal Australian Air Force and it is fitting that he is remembered in this publication. He and Peter Robinson established a friendship many years ago and Peter was entrusted with Paul’s ‘Vietnam Sketchbook’ work. The No. 9 Squadron Association sincerely thanks the Rigby family for their permission to use Paul’s cartoons within the publication, especially those from the ‘Paul Rigby Vietnam Sketchbook’. 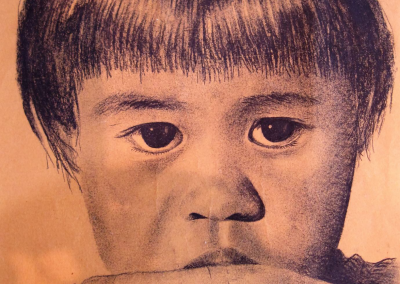 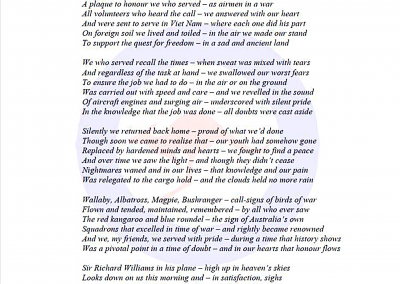 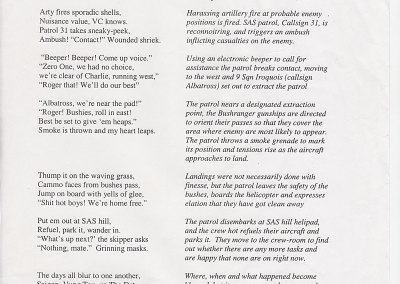 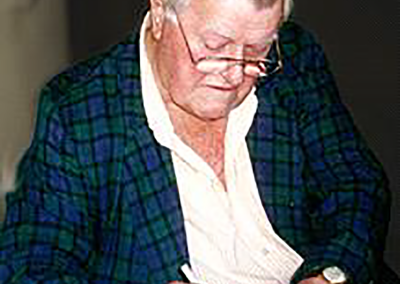 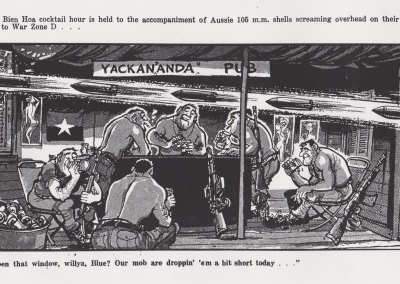 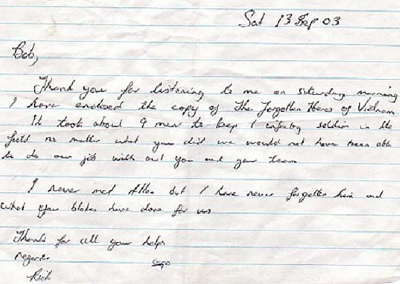 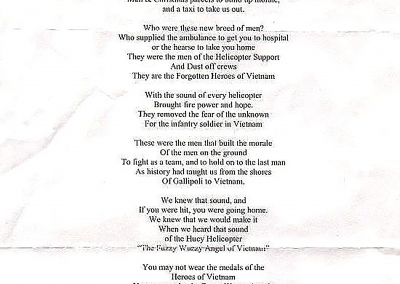 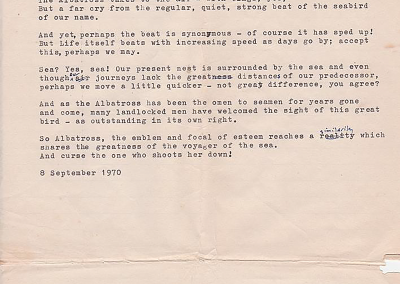 An Albatross related poem written by Graeme Chalmers when serving with No. 9 Squadron RAAF SVN in 1970. 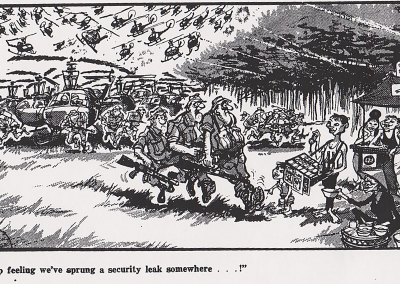