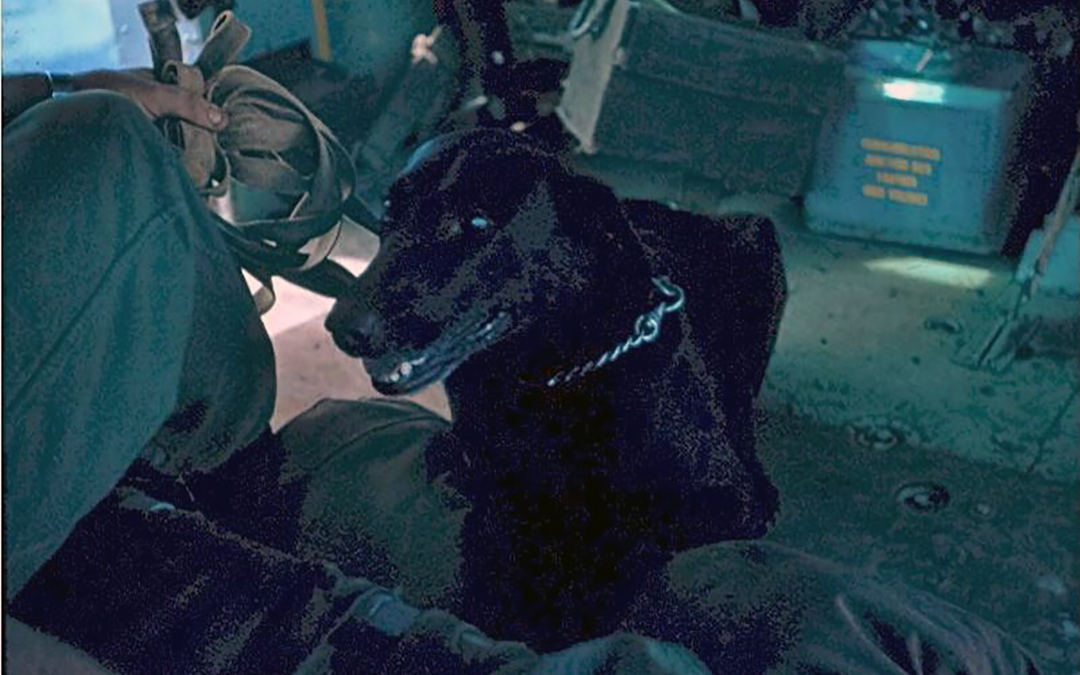 Of all those sent to Vietnam eleven members of the Australian Army carried out their allotted tasks without a word of complaint, which was all the more commendable considering they could not return home when their tour of duty ended. These veterans were, of course, the tracker dogs used by the Australian Task Force. 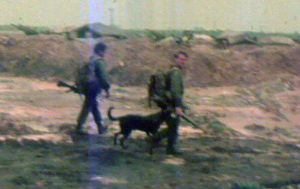 The dogs were the core of Combat Tracker Teams that were used from 1967 until the last combat troops departed in 1971. Normally two dogs were assigned to each of the Australian Battalions of the Task Force at Nui Dat. Each dog would complete around a three year tour before they were ‘retired’. On occasions, as when 2RAR was replaced by 4RAR, which arrived with Milo and Trajan, there were three dogs in the battalion.

Generally, a Tracker Team consisted of the two dogs and their handlers, two visual trackers and two cover men (a machine-gunner and a signaller). However, each Battalion had their own way of doing things and so you will find, for example, in 6RAR during their second tour from June 1969 to May 1970 there were 3 teams in use.

The dogs were trained at the Infantry Centre, at Ingleburn in NSW, and came from a variety of sources, including the local pound. One, Marcus, was donated by Sir Roden Cutler VC. They were outstandingly successful in carrying out their tracking task and, although not trained to detect mines, the dogs were intelligent and sometimes able to do so.

The Australian Army policy was that the dogs would not be brought home at the end of their service. One reason, perhaps not adequately explained at the time, related to an Army veterinary report which noted that large numbers of American tracker dogs in Vietnam had died from a tropical disease, thought (but not confirmed) to be transmitted by ticks. The report recommended that no tracker dogs be allowed back into Australia “even under strict quarantine”.
Homes were found with European or Australian families resident in Saigon for 10 of the 11 dogs. One dog, Cassius, died of heat exhaustion after a training run. 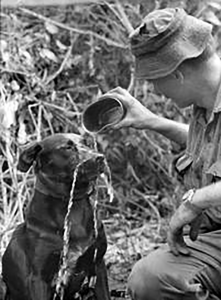 An Australian tracker dog and soldier in SVN. Source: AWM

In order of arrival in Vietnam, the dogs were

After a contact with the enemy, tracker dogs were sometimes flown to the location to assist in the follow up action e.g. following blood trails.
Warren Duff, GDPLT No. 9 SQN RAAF SVN, recalled using the Iroquois helicopter rescue hoist to winch down a tracker dog and its handler and this might have been the only instance of it happening. ‘Duffy’ served with No. 9 SQN RAAF SVN from 18 February 1971 until 20 December 1971. 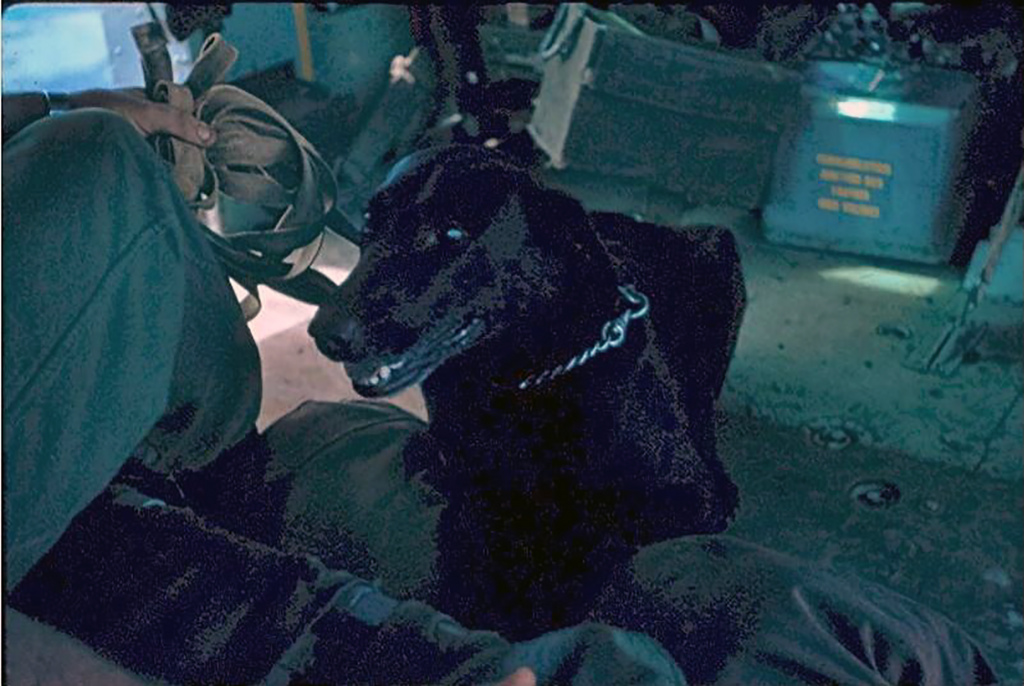