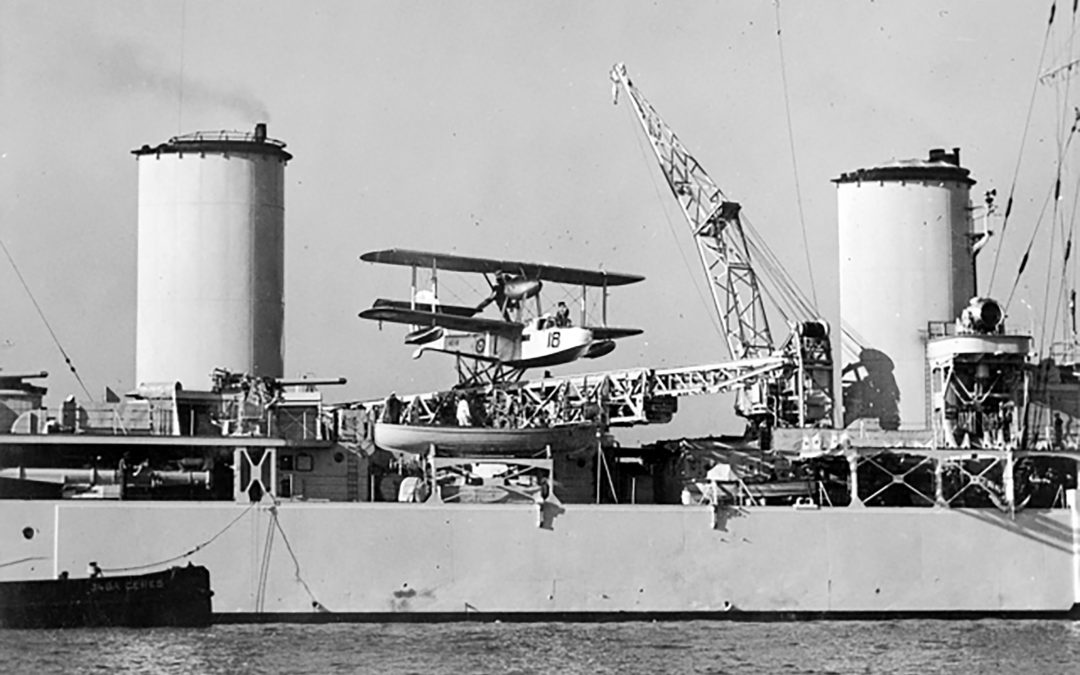 No. 9 Squadron was formed on 1 January 1939 at RAAF Base Richmond by renumbering No. 5 Squadron. On formation, the squadron’s first commanding officer was a Royal Air Force officer, Squadron Leader J.A.S. Brown. As Australia’s only fleet co-operation squadron No. 9 Squadron operated amphibious aircraft from the Royal Australian Navy’s heavy and light cruisers; each cruiser was assigned a single Seagull or Walrus amphibian.

During the Second World War aircraft from No. 9 Squadron saw action with their parent ships in most of the world’s oceans, ranging from the Arctic to the South Pacific on vessels such as HMA Ships Hobart, Sydney, Australia, Perth and Canberra. The amphibians were used to provide their parent ships with reconnaissance, anti-submarine protection, artillery spotting and general support. While the amphibians provided important support during the early years of the war, as the war progressed the Royal Australian Navy (RAN) enjoyed considerable support from land and carrier based aircraft and the amphibians were no longer necessary.