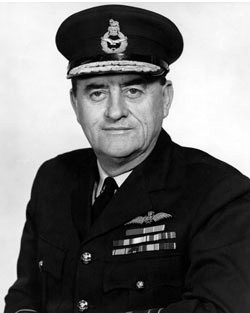 The Chief of Air Staff, (CAS) Air Marshal Sir Alister Murdoch accompanied by his personal staff officer, Wing Commander R.P. Joske of Canberra, commenced his tour with discussions with Allied commanders at the Free World HQ Saigon. Later with the commander of RAAF forces, Vietnam, Air Commodore G. Newstead he flew to Vung Tau to inspect the RAAF’s transport squadrons, No. 9 Iroqouis helicopter and No. 35 Caribou Squadrons. On arrival at Vung Tau the CAS was met by the officer commanding the RAAF contingent, Vung Tau, Group Captain J.W. Hubble. The CAS then flew by helicopter of No. 9 Squadron to the Australian Task Force at Nui Dat to visit members of the RAAF working with the Army on forward operations control duty. At the end of his tour Sir Allister flew to Phan Rang to visit No. 2 Canberra bomber Squadron. Other identified personnel: Brigadier Hughes.