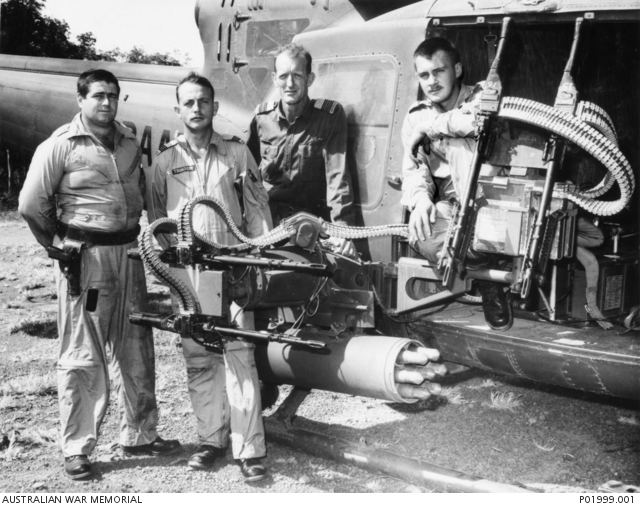 RAAF officers test-fire a new defensive weapons system for an Iroquois helicopter. The weapon consists of twin M60 machine guns mounted on a monopod with 400 round magazines. It was designed by Flight Lieutenant Bob Thompson and adapted and built by No. 9 Squadron’s armourer, Sergeant Ernest Moore. The weapon was tested on a firing range and then mounted on a helicopter for further testing. Group Captain Hubble CO of No. 9 Squadron firing the weapon. 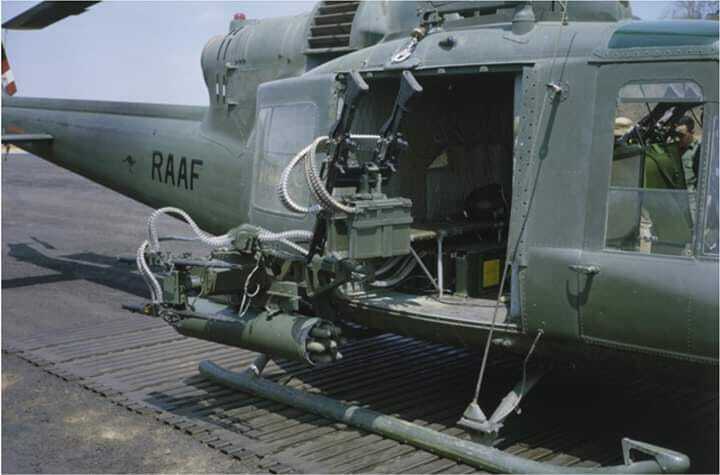 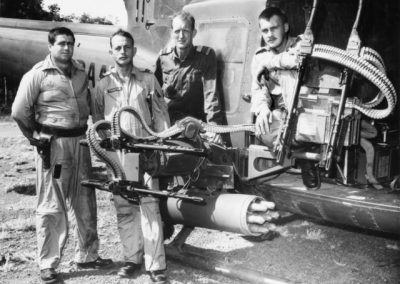 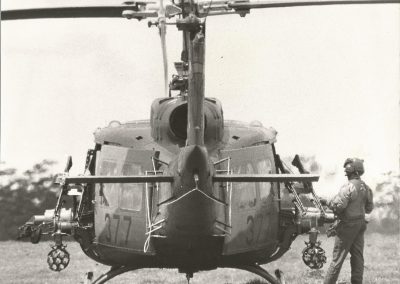 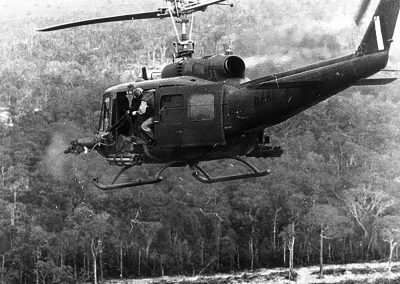 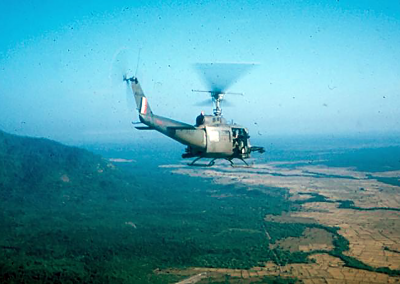 A ‘Bushranger’ gunship in flight. 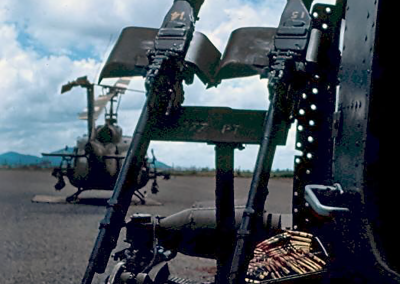 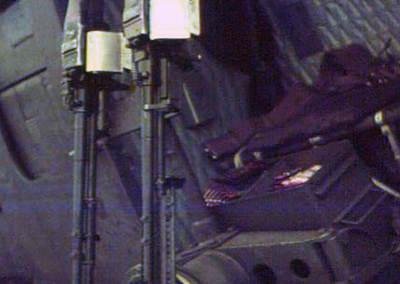 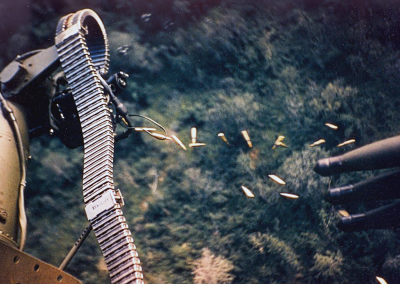 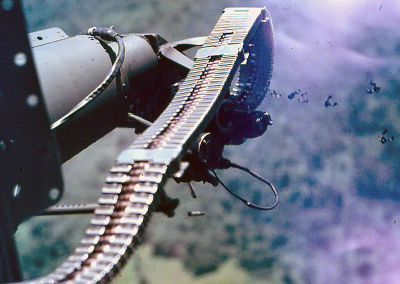 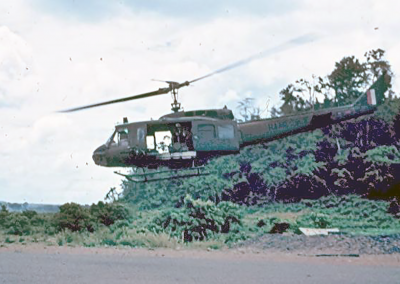 A No. 9 SQN RAAF SVN ‘Bushranger’ gunship take-off from Kanga Pad to the West. 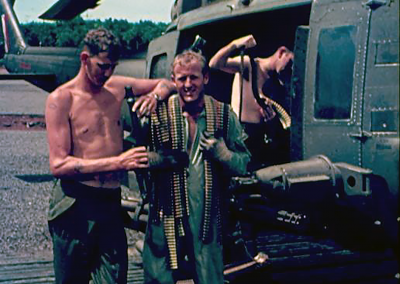 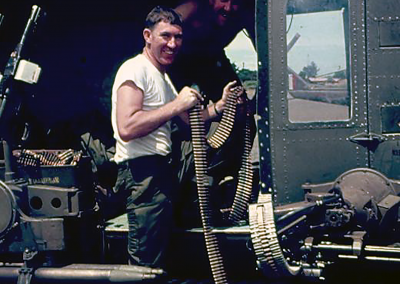 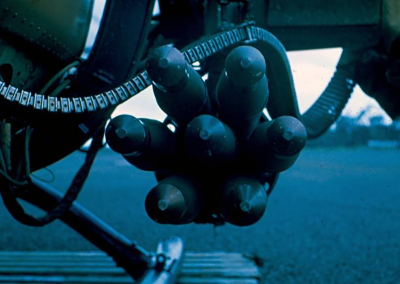 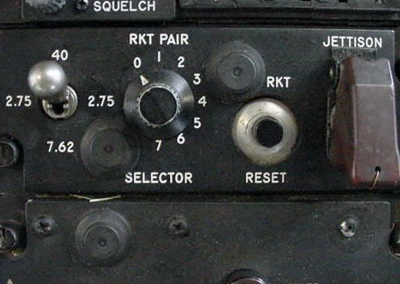 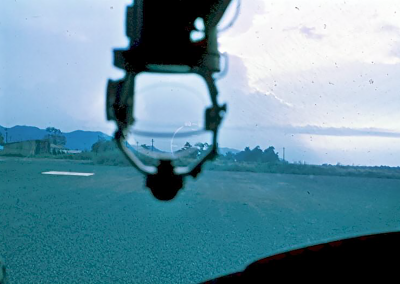 A look through one of the gunship weapon sights 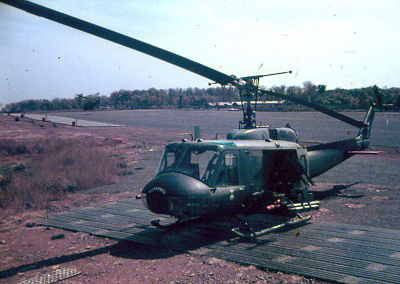 A No. 9 SQN RAAF SVN ‘Bushranger’ at the re-arm point Kanga Pad, Nui Dat; the ‘hot refuelling’ PSP area in the left background.