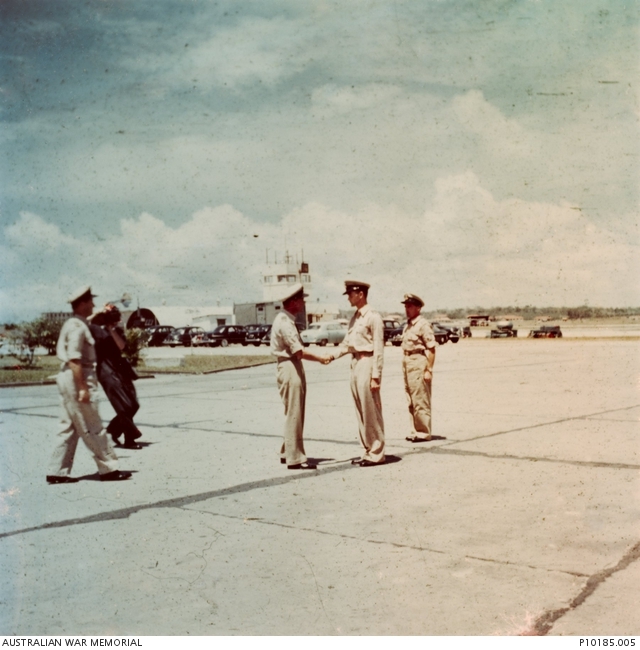 The new commander of the RAAF Vietnam, Air Commodore C.H. Spurgeon, spent his first four days in that country on a familiarisation tour of RAAF units, before taking over his new command. He was accompanied by the outgoing commander, Air Commodore F.S. Robey. They first went by USAF aircraft to Phang Rang in the north where Air Commodore Spurgeon inspected the RAAF’s No. 2 Canberra bomber Squadron. during this visit he took part in a Canberra bomber raid on an enemy position. At Vung Tau, near Saigon, he met members of the RAAF’s No. 35 (Caribou) transport Squadron and No. 9 (Iroquois) helicopter Squadron. From there he flew in an Iroquois in a wide sweep of the province occupied by the Australian Forces before landing at Nui Dat, home of the Australian Task Force. At Nui Dat he visited army units and RAAF detachments which man the important air transport operations centre, which controls the air support for the Army. 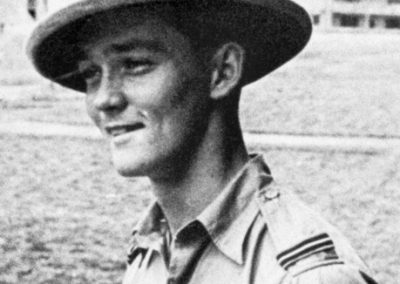 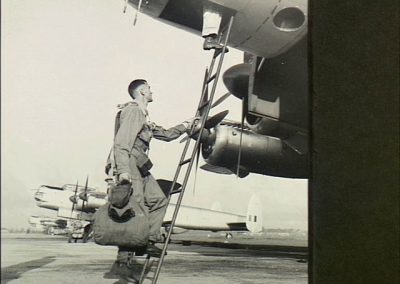 C.H. Spurgeon, Commanding Officer of No. 1 B Squadron 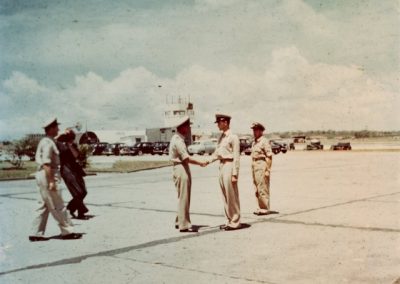