On May 10, 1970, an Iroquis of 9 Squadron was in preparation to take off from Kanga Pad at Nui Dat, the 1st Australian Task Force Base. Once checks were complete, the helicopter began lift-off by entering into a hover. While hovering at only 3 feet, the pilots heard a loud bang, and flames began erupting from the engine. Soon after, all power was lost, and the pilot was forced to put the helicopter into autorotation. After a safe landing, a call went out to 9 Squadron base at Vung Tau – about 29 kilometres south of Nui Dat. The helicopter needed repairs.

Led by Squadron Engineering Officer, Squadron Leader Keith Taylor, a technical team of five airmen was assembled, and headed from the 9 Squadron base at Vung Tau to Nui Dat the next day.

Upon arrival, it became evident that the Huey would need an entirely new engine. Working in scorching temperatures of 100 degrees Fahrenheit, the crew began removing the broken engine, and soon thereafter replaced it with a new working engine. Keith Taylor and his small crew had not only successfully replaced the whole engine, but they had done so in a record time of one and a half hours. Immediately after, the pilot in, started the engine, and the helicopter was back in the air. 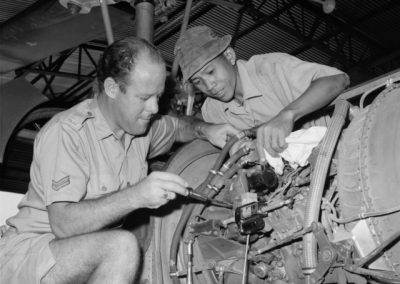 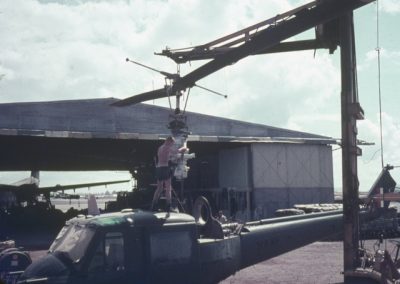 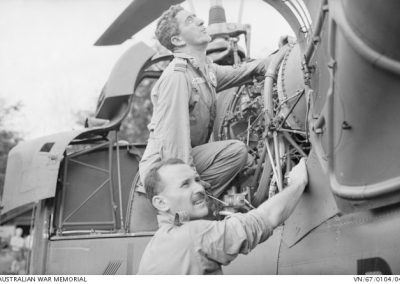